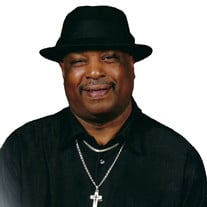 William Owen Meriweather was born on April 19, 1948, the seventh child of the late Edd Lee Meriweather and Lucy Mae Childs Meriweather in Clarksville, Tennessee. Owen was educated in the Clarksville-Montgomery County School System and graduated from Burt High School in 1967. It was during his years as a Burt High School Tiger that he discovered his love for photography and math. In 1968, Owen was drafted into service in the United States Army. He spent all of his commitment in Stuttgart, Germany, where he applied his math skills as a mechanic. While living in Indianapolis for many years, Owen was united in Holy Matrimony to Georgia Bobbitt. To this union, four children were born: Tracy, Anthony, Gregory, and Synetra. During that time, Owen was employed by American Can, Bridgeport Brass, Gerber Products, and American Trans Airlines. On March 22, 1997, Owen was united in Holy Matrimony to Debra Smith-Wade by the late Pastor Douglas F. Smith. Owen was a faithful and productive member of Antioch Missionary Baptist Church where he served on the Senior Usher Board in the position of Chief Usher. In 2005, Owen and Debra left Indianapolis and moved to Evansville so Debra could care for her father. In obedience to The Baptist Church Covenant, Owen joined Greater St. James Missionary Baptist Church by Letter. He was an active participant in the Adult Sunday School Class. Even as his health began to fail, Owen came to Sunday School having studied his lesson and always had questions, a comment, or would ask for clarifications of the scriptures. He was a member of the Liberty Baptist Church Golden Age Breakfast Club and the American Legion Otis Stone Post #354. Owen spent his spare time sitting in his garage “Man Cave.” He could spend hours out there tinkering, creating, polishing, or repairing things while watching old Westerns or his favorite TV show “In the Heat of the Night,” and of course – coaching, cheering for, and analyzing his beloved Indianapolis Colts football team! On Monday, July 9th, at Deaconess Hospital Midtown, God looked down and knew that Owen was sick and tired of being sick and tired. At 10:30 p.m., holding God’s swift but gentle, loving hand, Owen happily bid farewell to his earthly struggles and transcended to Heaven’s eternal joys and comforts. He was 70 years old. Owen was preceded in death by his parents, Edd Lee and Lucy Mae Childs Meriweather; one son, Tracy Meriweather; three brothers, Charles, John (Ricky), and Dwight Meriweather. Those left to cherish and celebrate his legacy include his wife, Debra; sons, Anthony and Gregory; daughter, Synetra; grandchildren; two brothers, Arthur and Robert Meriweather; six sisters, Bertha Langley, Mary Palmer, Shirley Hayes, Velma Hernley, Joyce Blount, and Connie Williams; many nieces, nephews, cousins; two sisters-in-law, Paula Smith and Bonita Hunter; lots of longtime friends; his Burt High School Tigers classmates; his Greater St. James Missionary Baptist Church Family, and his Adult Sunday School Class members. Services will be held Friday, July 13, 2018 at 11 am with visitation from 9-11 am at Greater St. James Baptist Church in Evansville, IN. A Family Tribute will be held on Monday, July 16, 2018 at Foston Funeral Home in Clarksville, TN from 11am – 1pm. Burial in Resthaven Memorial Cemetery, Clarksville.

The family of William Owen Meriweather created this Life Tributes page to make it easy to share your memories.

Send flowers to the Meriweather family.