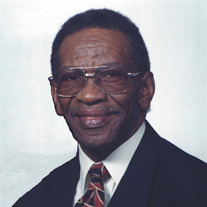 Riley Whitlock, age 76, passed away December 18, 2016 at Deaconess Gateway Hospital. He was born February 18, 1940 in Henderson, Kentucky to William H. Whitlock and Flossie M. Wills. Riley graduated from Lincoln High School in 1959 and began an entrepreneurial career in carpentry and roofing. He was a member Nazarene Missionary Baptist Church. Riley was a hard worker and was often very busy with his business, but he loved to fish and found time to enjoy this time with his twin. Riley was preceded in death by his parents, William and Flossie. He leaves to cherish his memory his daughter, Aria Whitlock; two sons, Richard Whitlock and William Whitlock; eight grandchildren: Ricky, Tyrese, Brittani, Aris, Tavion, Cortez, Brennen and K’Mya; six great-grandchildren; his identical twin brother, Ramey Whitlock; oldest brother, James Whitlock; two sisters, Viola Jackson and Virginia Coleman (Robert); and a host of nieces, nephews, cousins, and friends. Services will be held Tuesday, December 27, 2016 at 11:00am at Nazarene Missionary Baptist Church with visitation from 9:00am until service time also at the church. Burial will be at Oak Hill Cemetery. Condolences may be left at www.masonbrothersfs.com

The family of Riley Whitlock created this Life Tributes page to make it easy to share your memories.

Send flowers to the Whitlock family.