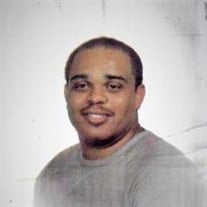 Michael Anthony Belle Sr was born June 22, 1951 to Donald Edward and Joyce Lee Woolfolk Belle in Providence, Kentucky. He passed away on August 31, 2019 at his home with his loving family. On July 10, 1976 he was baptized as one of Jehovah&#8217;s... View Obituary & Service Information

The family of Michael Anthony Belle created this Life Tributes page to make it easy to share your memories.

Send flowers to the Belle family.