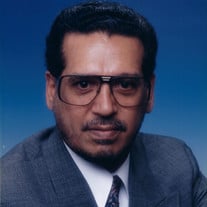 John Carlton D’Abreu Jr. was born May 6, 1942 in Port of Spain, Trinidad and Tobago to the late John and Lilith D’Abreu. His educational journey started in The United Kingdom. Once moving to the U.S., he continued his education in Long Island, New York, attending classes at North Carolina A&T University after concluding his military service. With a desire for direction and discipline, he enlisted in the U.S. Marine Corp in his late teens. During his twelve years, he served three tours in Vietnam before being honorably discharged with the rank of Staff Sergeant and the receipt of numerous awards including National Defense Service Medal, Good Conduct Medal, Vietnamese Commendation Medal, Combat Action Ribbon, Vietnamese Service Medal, Vietnamese Cross of Gallantry, and Meritorious Mast. As a civilian, he completed additional training to add to the various skills he learned while in the Marine Corp. He found his way to Consolidated Rail Corporation from whence he would retire 20 years later as a Signalman. His time there included active membership in the Brotherhood of the Railroad Signalmen. After his service, he moved around until he settle in Detroit, MI where he met and fell in love with the woman who would become his everything. John married the love of his life, Cleo Nadine West on June 23, 1984. During their 35 years of marriage, they raised two daughters, whom it was his joy to spoil. His family was the center of his life. He spent countless hours cheering at sporting event and attending band recitals while raising his children. After becoming a grandfather, he was proud to finally have a “son” and later found joy in doting over another little princess. He was a devoted husband, father, and grandfather. After retirement, John followed his wife back to her hometown of Henderson, KY to assist in the care of his mother-in-law, Nannie Mae Walker. He made Evansville his home and quickly put down roots in both communities. Not one to sit idle for very long, he became an active member of Seventh Street Baptist Church and was honored to handle church maintenance and janitorial services until he was no longer able, while also keeping busy as a Greeter at the Henderson Walmart. John peacefully transitioned to his heavenly home Wednesday, April 24, 2019 while sleeping under the watchful eye of his beloved. Left to cherish his memory are his devoted wife, Cleo Nadine D’Abreu; three children: Ronnese T. McKinney (Joe), Dr. Bianca N. Guess (Lorenzo), and Kelly D. Barzart (Antonio); three grandchildren: Sterling C.A. Armstrong (Kylee), Nadia R. Guess, andRiley Barzart; his siblings: Velma Newmann, Cynthia Roybal (Elisco), and Jill D’Abreu; sisters-in-law: Myrtle Brooks, Genel Gibbons, and Katrina Walker; brothers-in-law, Russell West (Helena), Shernan West (Jody), Rev Dr. Anthony M. Brooks, Sr.; cherished nieces and nephews: Lisa Roybal, Debbie Cathers (David), Rev. Lynel Beaty (Tim), Tijuanna Tolliver (Steve), Rev. Dr. Adrian M. Brooks, Sr. (Terry), and Randy West. He was preceded in death by his parents John and Lilith D’Abreu and siblings Charlie D’Abreu, Joyce Muhammad, and beloved sister-in-law, Alice R. Brooks. While his presence will surely be missed, his loved ones find peace in knowing that his life was well-lived and he is now at peach in the arms of his Heavenly Father. Services are Monday, April 29, 2019 at Seventh Street Baptist Church, 627 Short 7th Street, Henderson KY. Burial with Marine Honors will be Thursday, May 2, 2019 at 12:00 noon at Ft. Custer National Cemetery, 15501 Dickman Road, Augusta Michigan. Condolences may be left at www.masonbrothersfs.com

John Carlton D&#8217;Abreu Jr. was born May 6, 1942 in Port of Spain, Trinidad and Tobago to the late John and Lilith D&#8217;Abreu. His educational journey started in The United Kingdom. Once moving to the U.S., he continued his education... View Obituary & Service Information

The family of John Carlton D'Abreau Jr. created this Life Tributes page to make it easy to share your memories.

Send flowers to the D'Abreau family.