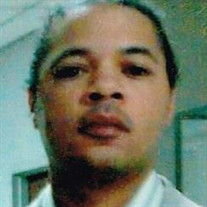 James Tremayne Steverson, age 41, was born March 28, 1974 in Gary, Indiana. He passed away Monday, November 30, 2015 at Deaconess Hospital after a short illness. He was employed at Gibbs Die Casting. “Baker,” as he was known to many, was a husband, father, brother, son, and friend. His calm demeanor and honesty made him so pleasant to be around. He always told it like it was, no matter what the consequences. “Baker” loved his friends; but much more, he loved his family. You could tell by his tattoos. If you looked down, it was nothing to hide. He was full of life and love. He leaves to cherish his memory his loving wife, Tammy; his children: James, Jusika, Jasmine, Shaun’Dre, Je’Preist, and Da’Various; his siblings: Jessica, Gary, Larry, and Bennie; his mother and stepfather, Jessie and George; his mother-in-law and father-in-law, Debby and Tom; his sisters-in-law, Meredith and Carie; his brother-in-law, Tommy; many nieces and nephews; and a very special brother-in-law, “Snoball.” “Baker” fought with all he had to stay with us . . . so, in the end, no matter near or far, we could all say good-bye. You will never be forgotten. I know you went to “cut some corners.” So . . . ‘til we meet again. Love, Tammy

The family of James Tremayne Steverson created this Life Tributes page to make it easy to share your memories.

Send flowers to the Steverson family.