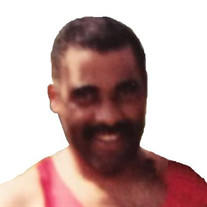 James Lee Mayes, Jr., age 61 of Madisonville KY, passed away Monday, March 7, 2016 at his home. A native of Madisonville, James was born to James Lee Mayes, Sr. and Minnie A. Mayes. A graduate of the Hopkins County School system, James was in the Army National Guard and was formerly employed at Lear Automotive Components. He professed Jesus Christ as his Savior through the Baptist faith. In addition to his parents, James was preceded in death by his daughter, Christy Mayes in 1995; a grandson, Miguel Harns, II; and three siblings: Veronica, Cheyenne, and Richard Mayes. He leaves to cherish his memory, three children: Andrea, Misty, and Alexis Mayes; two sisters, Sadie Mayes of Madisonville and Maxine Mayes of Danville VA; and a host of grandchildren. Services will be held Saturday, March 12, 2016 at 2:00pm at Mason & Sons Funeral Home, 409 E. Noel Avenue, Madisonville. Visitation will be Friday, March 11, 2016 from 6:00pm – 8:00pm also at the funeral home. Burial in Eastside Odd Fellows Cemetery. Condolences may be left a www.masonbrothersfuneralservices.com

The family of James Lee Mayes, Jr. created this Life Tributes page to make it easy to share your memories.

Send flowers to the Mayes family.