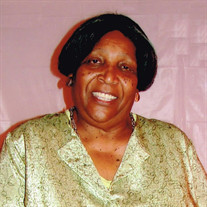 Forasmuch as it hath pleased Almighty God, in his wise providence, to take out of this world the soul of our sister in Christ, Mrs. Glenda Mae Springfield Noel Nichols, we celebrate the gift of her life. Jesus said unto her, “I am the resurrection, and the life: he that believeth in me, though he were dead, yet shall he live: And whosoever liveth and believeth in me shall never die. Believest thou this?” St. John 11:25, 26. Glenda was the daughter of the late Spencer Springfield & Curtis Rankins Willoughby. She was born in Hopkins County on October 26, 1936. She went home to be with the Lord June 7, 2016. She attended J. W. Million School in Earlington KY and graduated from High School in Germany. She received a Bachelor’s degree in Religious Studies from the Hopkinsville College of the Bible in Hopkinsville KY. Glenda had such a full and intriguing life. She had a grasp of the history of Madisonville and of the people she encouraged throughout her life. Glenda had a way of speaking that left a lasting impression. She was a woman of faith that embraced the Christian Church. She was an active member of the Pleasant Grove Baptist Church and even in failing health, her love for the Church and Christ sustained her. Glenda’s involvements were numerous: she was a cheerleader for civil rights; she served as president of the local NAACP and served in other capacities on the state level; she served on several boards in Madisonville, KY; and she volunteered at the Christian Food Bank and the Hopkins County Assistance Center. Glenda loved and thrived in the work of the church. She was a member of the local Missionary Board and served on the state level. She was a joyful participant at the district, state and national conventions of the Baptist Church. Glenda was married to Douglas Lee Noel. To that union were born six children: Douglas, Jr. of Louisville KY; Dougetta, who preceded her in death; Dannie of Detroit MI; Demond of Louisville KY; Dougrue “Rudy” of Madisonville KY; and Spencer Noel of Louisville KY. Other children included stepson, Carl William Hightower of Madisonville KY and foster daughter, Joyce Tidwell of Madisonville KY. In October of 2014, Glenda married a longtime friend and high school sweetheart, Mr. Pete Nichols, Jr. Lovingly, Pete remained a faithful companion to her until her demise on June 7, 2016 at age 79. Along with Glenda’s parents and daughter, Glenda was preceded in death by her step-Dad, Mr. James Willoughby; her step-sister, Ms. Joan Willoughby; her cousin, Rush Noel; brothers-in-law; sisters-in-law; and uncles. Glenda leaves to cherish her memory her husband of two years and 8 months, Pete; her children; and other family members and friends. Special dear ones include the Daniel family; Lincoln & Wanda Thomas; Wendell & Brenda Martin; Phillip & Millie Noel; Dale Western & Glenda McGlond; sister-in-law, Mrs. J. C. Nichols; uncle, Howard (Joan) Rankins; and a host of friends. As requested by Mrs. Glenda Noel Nichols, there will be no funeral service; however, a memorial gathering will be held Saturday, June 25, 2016 at 12:00 noon at Pleasant Grove Baptist Church, Old Hecla, Earlington KY with Rev. Demetrius Russell officiating. Visitation will be 11:00am until service time at the church. Mason & Sons Funeral Home is in charge of arrangements. Condolences may be left at www.masonbrothersfs.com

Forasmuch as it hath pleased Almighty God, in his wise providence, to take out of this world the soul of our sister in Christ, Mrs. Glenda Mae Springfield Noel Nichols, we celebrate the gift of her life. Jesus said unto her, &#8220;I am the... View Obituary & Service Information

The family of Glenda Mae Nichols created this Life Tributes page to make it easy to share your memories.

Forasmuch as it hath pleased Almighty God, in his wise providence,...

Send flowers to the Nichols family.