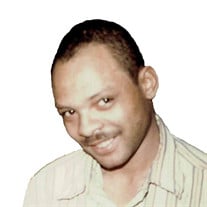 Fred Douglas Duckett, age 66, passed away Thursday, January 28, 2016 at St. Louis University Hospital in St. Louis, MO after a long illness. He was born August 4, 1949 to the late Nathaniel and Dixie Duckett in St. Louis MO. Fred lived in Evansville, Indiana for many years. He was a caring person who loved his family and friends. He had a heart of gold. In his younger years, he worked alongside his mother and father at their family-owned restaurant in St. Louis. He loved travelling, fishing, and eating at restaurants. He will forever be in our hearts and will be greatly missed by all. He was preceded in death by a sister, Gloria McChristian; a brother, Nabeeh Seifuddin (Tyrone); a niece, Gloria Epps; and a nephew, Ricky Boyer. He is survived by a brother, Gregory (Carol) Duckett; nephews: Lamont Boyer, Richard Duncan, Bart Duncan, Brelin Duncan, Michael (Denique) Rogers, and Anthony T. Rogers; nieces: Cher (Curtis) Adams, Judy Pressley Duncan, Keisha Duncan, and Sharese Boyer; sister-in-law, Barbara Dean; brother-in-law, William “Billy” Rogers; and a host of cousins. Services will be held Friday, February 5, 2016 at 12:00noon at Mason Brothers Memorial Chapel with visitation from 10:00am until service time. Burial in Springdale Cemetery in Sebree, Kentucky.

The family of Fred Douglas Duckett created this Life Tributes page to make it easy to share your memories.

Send flowers to the Duckett family.