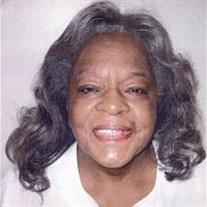 Elizabeth Farries Lynch, 82, of Evansville IN, passed away Monday, August 31, 2015 at St. Mary’s Hospital. Elizabeth was born August 28, 1933 in Toranza, Arkansas. Her parents, Joe and Maebell Farries, raised her in Charleston, Missouri along with her 12 brothers and sisters. She graduated from Charleston High School and later attended Stewart’s Beauty College where she earned her Master’s Certification in Cosmetology. In 1951, Elizabeth married her sweetheart, Mr. Roger Lynch, and in 1953, the couple moved to Evansville IN. Elizabeth and Roger had three children during the course of their 60 year marriage. In addition to being a dedicated wife and mother, Elizabeth was also an active, faithful member of Liberty Baptist Church for more than 50 years where she served as Chairman of the Board of Trustees and Vice –President of the Old Liberty Church Preservation Society. Mrs. Lynch was also one of the most well-known and respected community leaders in the city of Evansville. She was an active member and held offices in many different organizations, a few of which included: The Evansville Black Chamber of Commerce, the Kiwanis Club, The Eastern Stars, The Department of Workforce Development, the Hair Industry Professionals of America, and the NAACP (lifetime member). She was also appointed to the Indiana State Board of Cosmetologists by Governor O’Bannon in 2003, a position she held for three years. A respected entrepreneur and business woman, she was the owner and operator of Lynch’s House of Coiffure, the oldest black owned business in the city. Her shop, located at the corner of Lincoln and Kentucky, has been a staple of the community for more than 40 years. Elizabeth received many honors and awards for her outstanding business and public service achievements, a few of which included: The Evansville Black Chamber of Commerce Business Achievement Award, The African American Awareness Award for Public Service, The Black Women’s Task Force Community Service Award, The Brown’s Elite Hair and Fashion Expo Award, and also letters of recognition from local mayors and state governors. Elizabeth leaves to cherish her memory three children: a daughter, Marcia Lynch, and two sons, Roger Lynch, Jr. and Pierre Lynch – all of Evansville IN; grandchildren: Marcus Duncan, Kamillia (James) Pullom, Crystal Lynch, Quan Lynch, Kierra Lynch, and Marco Lynch – all of Evansville IN; great-grandchildren: Karion Duncan, James Pullom, Jr., Jasmine Pullom, Jada Pullom, Seab Johnson, Tevin Lynch, Noah Lynch, Bryson Lynch, and Naliyah Lynch – all of Evansville IN; four brothers: Joe Farries, Jr., Raymond Lee (Cassandra) Farries, John Wesley (Beverly) Farries, Michael Farries; five sisters: Charla (Charlie) Clark, Ethel (the late David) Robinson, Evelyn (Jimmy) Randall, Mary Lane, and Flora (Bernard) Robinson; sisters-in-law: Emma (Paul) Curd and Mary (Al) Holsley; special friends: Edmonia and Kelly Pringle, Michael Garnett, and Mary Womack; and a host of nieces, nephews, and family friends. Elizabeth was preceded in death by her husband, Roger Lynch, Sr.; her parents, Joe and Maebell Farries; two brothers, Isaiah Farries and Albert Farries; and one sister, Ophelia Mason.

The family of Elizabeth Farries Lynch created this Life Tributes page to make it easy to share your memories.

Elizabeth Farries Lynch, 82, of Evansville IN, passed away Monday,...

Send flowers to the Lynch family.