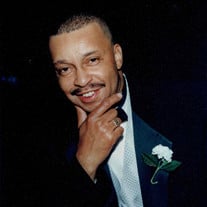 David R. Hildreth Sr. was born on Dec. 22, 1949 and passed away July 24, 2016 at Deaconess Hospital . He was preceded in death by his parents Charles Hildreth, Sr. and Rozaline Hildreth; brothers: Victor Hildreth and Stanley Hildreth. David accepted the Lord Jesus Christ as his Savior at Grace Lutheran Church at a young age. He graduated from Central High School in Evansville, IN and attended the University of Southern Indiana. Later he gained employment at Alcoa Warrick Operations where he worked for 39 years, recently retiring in July of 2015. David was a faithful member of AA since 1990 where after starting his own sobriety went on to be an avid sponsor of others and serving the AA community. He loved sports and loved his family. David would do anything for anybody. He was a great father, grandfather, brother and friend. He will be truly missed by all who knew and loved him. He leaves behind 5 children: Antonio Hildreth, Hugh Hildreth, Bridgett Thomas (Darnell), David Hildreth, Jr. Damara Sandefur (Billy) all of Evansville; one sister: Bertha Garner of Cedar Rapids, Iowa and 3 brothers: Charles Hildreth, Jr. (Laura), Hugh Hildreth both of Evansville, John Hildreth of Rock Island, IL; a host of grandchildren, great-grandchildren, nieces and nephews; and special friend and companion, Angie Johnson. A scripture which brought David great comfort was 2 Timothy 4:6-8 For I am now ready to be offered, and the time of my departure is at hand. I have fought a good fight, I have finished my course, I have kept the faith: Henceforth there is laid up for me a crown of righteousness, which the Lord, the righteous judge, shall give me at that day: and not to me only, but unto all them also that love his appearing.

David R. Hildreth Sr. was born on Dec. 22, 1949 and passed away July 24, 2016 at Deaconess Hospital . He was preceded in death by his parents Charles Hildreth, Sr. and Rozaline Hildreth; brothers: Victor Hildreth and Stanley Hildreth. David... View Obituary & Service Information

The family of David Russell Hildreth created this Life Tributes page to make it easy to share your memories.

Send flowers to the Hildreth family.