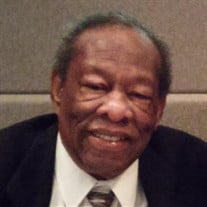 Conrad Covell Whittaker, 77, took his rest on March 22, 2018 at Deaconess VNA Hospice in Evansville. He was born on July 30, 1940 to the late Major Whittaker and Mattie Pickle in Marion, IN. He was educated in the Marion Indiana school system and later joined General Motors in the Head Rest & Salvage Dept. He retired after 30 years of service. Conrad started studying with the Jehovah Witnesses in Anderson, IN and continued to study in Henderson, KY where he became a member of the Kingdom Hall of Jehovah’s Witnesses. He did field service until he became ill. Conrad enjoyed being very active in his retirement including fishing and traveling as much as he could. He also loved to read his bible. His granddaughters Teara & Arielle were his delight and he loved spending time with them. As a lover of pets, Conrad always had several dogs that he cared for. He was a loving and kind husband and father who faithfully provided for his wife and children. One of the greatest moments of his life was when he re-connected with his daughter, Telena, who he loved dearly. In addition to his parents, Conrad was preceded in death by brother: Richard Whittaker; sister: Ann Black; son: Terry Reed. He leaves to cherish his memory his wife of 27 years: Wanda; children: Telena Johnson of Fort Worth, TX, Flearadysha Brooks of Indianapolis, Juarez Williams; siblings: Phillip Whittaker (Edna) of California, Henry Miles (Denita), Verlyn Whittaker, Laura Hall (Ronnie) of Denver, CO.; 11 grandchildren; 2 great grandchildren; special niece: Kim Whittaker; special family:Freddy Augustine, Sharon Parker; special friends:Jenifer Pearson, Rev. Gregory Ward, Sr., Kevin Ward, Annie Milton, Calvin Williams, Doris Mitchell, Sherrie Mitchell, and Tina Whittaker, Jesse & Tawanda Howard; a host of nieces, nephews, aunts, uncles, cousins and friends. Services are 1:00 p.m. Monday April 2, 2018 at R. Mason Brothers Memorial Chapel in Evansville with visitation from 11:00 a.m. until service. Burial in Park Lawn Cemetery. Leave condolences at www.masonbrothersfs.com.

Conrad Covell Whittaker, 77, took his rest on March 22, 2018 at Deaconess VNA Hospice in Evansville. He was born on July 30, 1940 to the late Major Whittaker and Mattie Pickle in Marion, IN. He was educated in the Marion Indiana school system... View Obituary & Service Information

The family of Conrad Covell Whittaker created this Life Tributes page to make it easy to share your memories.

Send flowers to the Whittaker family.