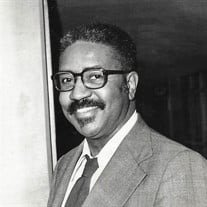 Charles Leonard Hildreth “Sonny” 84, of Evansville passed away Wednesday, December 23, 2016 at Deaconess Hospital, Mary Street. Charles was born March 1, 1932 to Rozaline Cole Hildreth and Charles Alexander Hildreth. He was confirmed into the Lutheran faith at age 12. This training strengthened and guided him throughout his life, and was the foundation for his love of music. Under the direction of Mrs. Eva Crawford Brooks, his church and high school music director, his love for piano, organ and church music flourished. During his school days, Charles excelled in music, learning to play the trombone and other brass instruments. He graduated from Lincoln High School in 1950 where he played in the band, sang in choir and received the Arion Music Award, which helped him win a scholarship to Evansville College. In 1954, Charles graduated from Evansville College with a degree in Music Education where he played trombone and baritone with the Evansville Philharmonic Orchestra and was active with the R.O.T.C. program, entering the United States Air Force as a commissioned officer shortly after graduation. Charles followed his love of music after the Air Force and taught lessons privately and in the Chicago Public Schools. He was a high school band director and played with community bands while earning a Master’s in Music from Roosevelt University in Chicago, IL in 1961. As a member of the Northshore Concert Band, under the direction of John Paynter from Northwestern University, Charles was afforded the opportunity to travel the U. S. and abroad doing what he loved best. The Northshore Band also played for the Midwest Band Clinic, introducing new band music to high school band directors. After returning to Roosevelt in the late 1970’s, Charles earned a second Master’s Degree in Guidance and Counseling. He spent his final years in the Chicago Public Schools as a guidance counselor. Charles was preceded in death by his grandmother Amy Cole, his parents Rozaline and Charles, and his brothers Victor, Stanley and David Hildreth. Surviving are Charles’ wife Laura of 59 years, his daughter Michelle Poitevint (Kenneth), granddaughter McKenzie Martin, grandson Sean Martin, great granddaughter, Jurnee Michelle Martin (born this year on his birthday, March 1, 2016), brother John Hildreth of Rock Island, IL, brother Hugh Hildreth of Evansville, sister Bertha Garner of Cedar Rapids, IA, sister Griszelda Floyd of Indianapolis, IN and a host of nieces, nephews and dear, lifelong friends. The family would like to thank Deaconess Hospital’s doctors, nurses and Palliative Care and Hospice Teams for their care and support. Services are Thursday, December 29, 2016 at 10:00am at Grace & Peace Lutheran Church in Evansville. Visitation from 9:00am until service time at the church. Burial at Oak Hill Cemetery. Condolences may be left at www.masonbrothersfs.com

The family of Charles Leonard Hildreth created this Life Tributes page to make it easy to share your memories.

Send flowers to the Hildreth family.