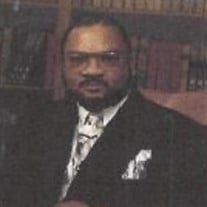 Reverend Arthur Tyrone Johnson, 73, of Earlington, KY, passed away on Wednesday, October 27, 2021, at Hillside Center, Madisonville, KY. Rev. Johnson was born on October 29, 1947, in Morton’s Gap, KY to the late Eddie and Eva Lucille Johnson. He lived a full life dedicated to service to others. At the time of his death, he was an Associate Pastor at Flower Grove Baptist Church, Madisonville, KY. He was a long-serving member of the City of Earlington city council, 1972-1983, and served two terms as Mayor, 1984-1987 and 2015-2018. Rev. Johnson’s other passion was sports. Famously, he was a member of the Earlington High School Yellow Jackets,1967 Kentucky State Basketball Championship team. He was a devoted fan of the Los Angeles Dodgers baseball team and the University of Louisville Cardinals basketball team. More than anything, he loved a great round of golf. He attended Austin Peay State University in Clarksville, TN and later earned a bachelor’s in religious arts in Theology degree from Jacksonville Theological Seminary and a Master of Ministry degree from Freedom Bible College and Seminary. In addition to his parents, he was preceded in death by his oldest brother, Eddie Johnson. Rev. Johnson is survived by two daughters: Joy Johnson, Alexandria, VA, and Belinda Polk, Lexington, KY; two granddaughters: Miriam Polk and Jessie Polk, Lexington, KY; one brother: Howard Johnson, Minneapolis, MN; two sisters: Brenda Smith, San Antonio, TX and Linda Williams, Indianapolis, IN; one brother-in-law: Rev. Johnathan Williams; and a host of nieces, nephews, cousins, and friends. A mask is required for both services.

The family of Rev. Arthur Tyrone Johnson created this Life Tributes page to make it easy to share your memories.